A Hunger for Land: paraguay_soy07 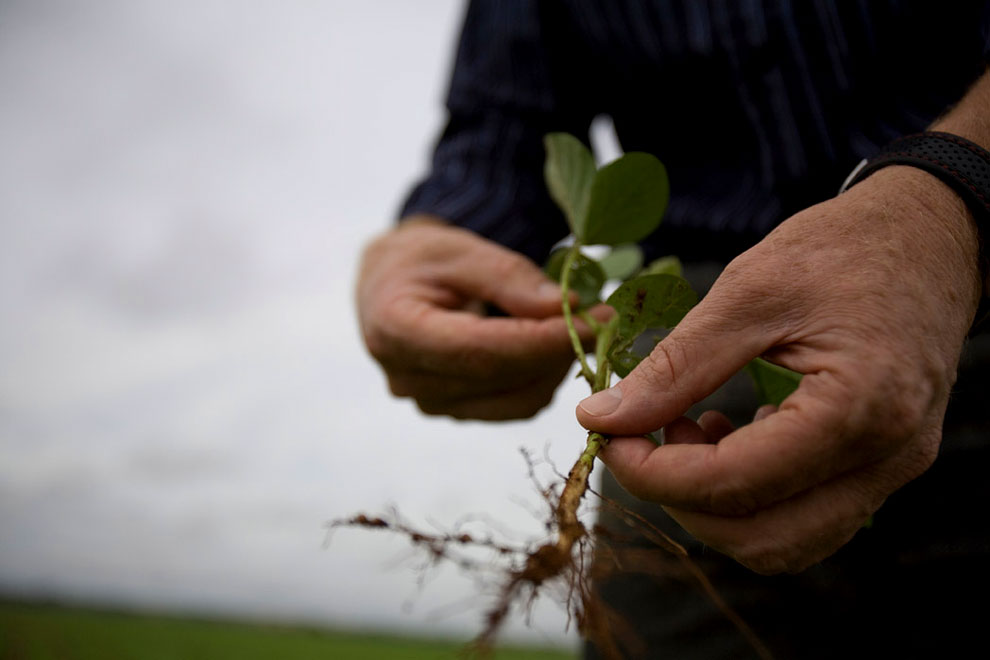 Alto Paraná--October 30, 2008--Young transgenic soybean plant. Soy production has increased exponentially in recent years due to rising demand worldwide for meat and cattle feed, and the booming biodiesel industry in European countries such as Holland and Belgium. In 2007, soy covered 6.2 million acres in Paraguay and soy is expected to increase to 8.6 million acres by the end of 2008.