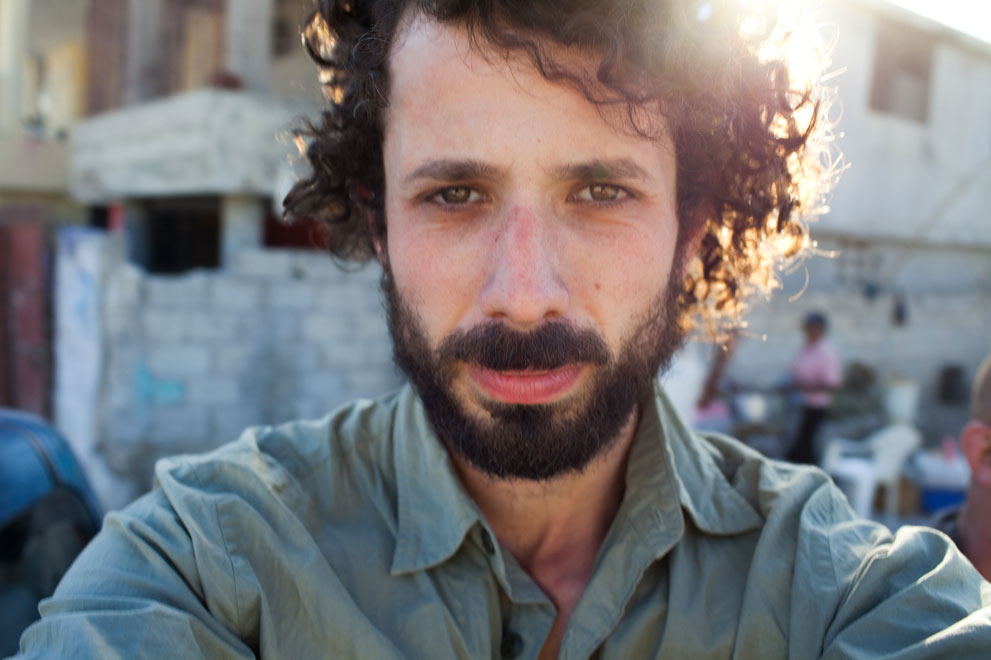 Evan Abramson is an award-winning filmmaker and photographer born in New York City. Together with his wife Carmen Elsa Lopez, he writes, directs, shoots, edits and produces. In 2010 they formed Cows in the Field, a production house focused on telling the stories of people impacted by environmental crisis around the globe — and on finding solutions.

Their 2011 documentary Carbon for Water has won nearly 20 film festival awards. Evan’s 2010 multimedia documentary When the Water Ends won First Prize at the 2012 World Water Forum and was nominated for a Webby, a World Press Photo Award and was a finalist in the Online Journalism Awards.

“Film and photography are tools that I use to express the ideals that I value as a human being, and to measure the distance between those ideals and the reality of the world that we inhabit. The distance is enormous, and ever expanding: and so, this storytelling is a tireless task.”

He holds a Monroe Fellowship from Tulane University for his work on a new film Last Stand on the Island.

2012 A Film For Peace Festival